John Travolta and Olivia Newton-John Back With a Christmas Album! 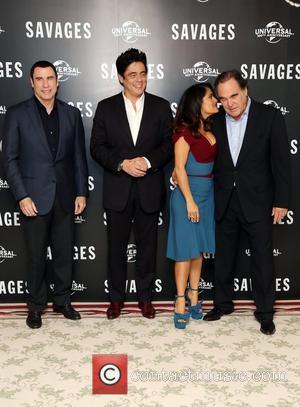 John Travolta and Olivia Newton-John will once again be multiplying chills with a new Christmas album, reports Entertainment Weekly. The proposed album will also feature the vocal talents of Tony Bennett, Barbra Streisand and Kenny G.

Christmas just comes earlier and earlier each year, doesn't it? It won't be long before Christmas cards are sold in the summer months and trees become freeze-able to be taken out on December 1st. Greece stars Travolta and Newton-John have kicked X-Mas mania off in early October this year, by announcing their reunification to collaborate on a Christmas album. "We all felt a wonderful, joyful energy while recording this album," Newton-John said in a statement. "We want to make a lot of people smile and happy. It's a project that we're hoping turns into a perennial, one that can continue to raise money for these causes year after year, a gift that keeps on giving." Diehard fans of their classic film, which shot the pair to stardom, will be delighted to learn that a You're the One That I Want 'sequel' will be on the festive record, entitled I Think You Might Like It, written John Farrar who also penned the original.

The guaranteed Christmas stocking success will be available on November 13th, 2012, but here's the track listing.