Picture: John Taylor of Duran Duran promotes and signs copies of his new book 'In the Pleasure Groove' at Barnes & Noble in Manhattan New York...

Rocker John Taylor was baffled by his ex-wife Amanda Decadenet's decision to sell the photo rights to their wedding, and hated seeing their nuptials splashed across the pages of a magazine.

The Duran Duran star married the U.S. talk show host in 1991, and images from their big day appeared in British publication Hello!.

However, Taylor - who split from DeCadenet in 1997 and went on to marry second wife Gela Nash - admits he was unhappy with the move.

He tells Britain's Glamour magazine, "I said, 'Why would you do that?' and she was like, 'Trust me, that's the way it's done now'. I still don't like it, but the cult of celebrity made huge leaps at the end of the '80s, and now it's insanely out of control." 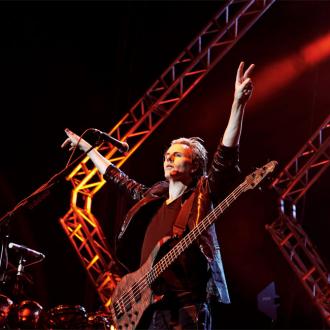