John Stamos And Bob Saget's Hit U.s. Sitcom Full House Is Reportedly Set To Return To The Small Screen With A New Season On Streaming Service Netflix, 20 Years After It Went Off Air. 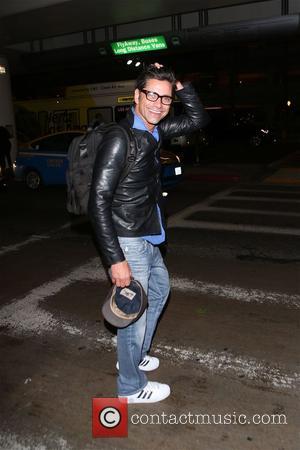 Show creator Jeff Franklin is allegedly close to securing a deal for a 13-episode run, which would see the return of original series stars Candace Cameron Bure, as D.J. Tanner, and Andrea Barber, as her best friend Kimmy Gibbler.

Saget, who portrayed Bure's onscreen father, and Stamos and Dave Coulier, who played uncles on the beloved family series, are also expected to return for guest appearances.

Stamos will serve as producer of the new instalments, alongside the series' original executive producers, Franklin, Thomas L. Miller and Robert L. Boyett, according to TVLine.com.

Full House, which also featured Jodie Sweetin and launched the careers of child stars Mary-Kate and Ashley Olsen, ran for eight seasons before wrapping up in 1995.

Representatives for Netflix and Warner Bros., the studio behind Full House, have declined to comment on the news, but it emerges over a year after Stamos hinted at the development of a reunion show with "a twist".

He said, "We've said no to every sort of reunion. Lately there's one that we sort of are gravitating towards. It's not a full reunion, but a twist. If we can get it done right... then we will do it."

If the reboot plans get picked up, Full House won't be the only popular '90s show to make a comeback - Boy Meets World spin-off Girl Meets World launched last year (14), while Twin Peaks and Coach are also set for TV returns.