Actor John Stamos Has Opened Up About His Rehab Stint Earlier This Year (15), Revealing He Needed Help After Struggling To Cope With The Death Of His Mother. 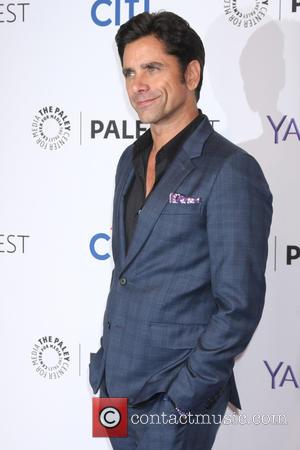 The Full House star hit the headlines in June (15) when he was arrested in California for driving under the influence, and he subsequently checked into a live-in treatment centre.

After leaving the facility, the 52 year old took to social media to thank family and friends for their support, and now the actor is going public with the issues which prompted him to seek help.

He tells Details magazine, "I've had a rough year with my mom dying, so it all came to a head, and it was a turning point.

"You either continue on that path - and some of it's fun, but a lot of it's not - or there's this other thing, this golden opportunity sitting there with all this work and all this goodwill that you have going for you. That's the key. I feel better than I've felt in a decade."

Stamos, who was married to model-turned-actress Rebecca Romijn, admits he also struggled with ageing and finding himself out of work, adding, "I swear to God I'm trying. It's not as much fun, but you have to be responsible. It's about discipline, which I lost for a while.

"Part of being undisciplined for the past five or six years is that I didn't work as much as it looked like. I had some high-profile jobs, like a Super Bowl commercial or a few episodes of Glee, but there was a lot of downtime, and that can be, obviously, dangerous."

His career is very much back on track - he has a new U.S. TV series, Grandfathered, and he's reteaming with many of his Full House castmates for the upcoming Fuller House.