Actor John Stamos' Driving Under The Influence Arraignment Hearing Has Been Postponed Until Next Month (Nov15). 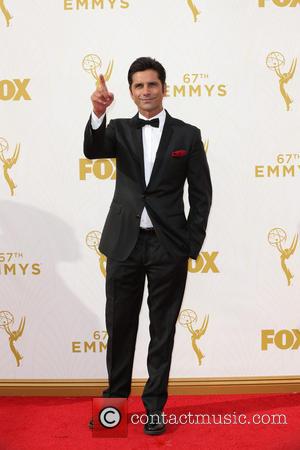 The Full House star was officially charged with a misdemeanour count of driving under the influence of drugs on Thursday (15Oct15) following his arrest in June (15), when he was pulled over by Los Angeles police officers who received reports abut a vehicle being driven erratically. During the stop, cops determined Stamos needed medical attention, and transported him to a nearby hospital. It is unclear what drugs were in Stamos' system at the time.

The 52 year old was originally scheduled to be arraigned on Friday (17Oct15). He has yet to enter a plea, but he is now due back in court on 24 November (15). If convicted, he faces up to six months in jail.

Following his arrest, Stamos checked himself into a live-in treatment centre and subsequently blamed his mother's recent death for his struggles.