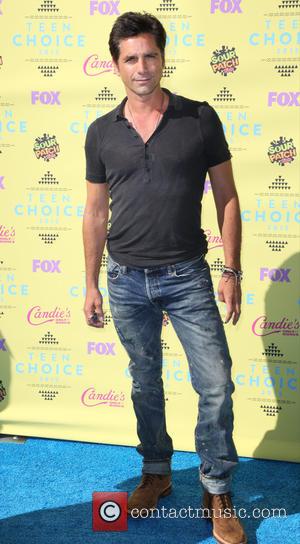 The Unauthorised Full House Story gave a behind-the-scenes look at what happened during the hit 1990s family sitcom, but Cameron Bure, who played oldest sister D.J. Tanner in the show, did not approve of the Lifetime network's depiction of Full House, taking to Twitter.com to simply write, "So bad. Just so bad."

Saget chimed in as well, writing, "Hey guys, don't believe anything labelled 'unauthorized.' If you like truth, it's in my NY Times best-seller #DirtyDaddy."

Show creator Jeff Franklin also sided with the stars and tweeted, "About that lifetime movie. Not so good. And for the record, I never had a fight with Bob Saget. But at least they spelled our names right!"

Actress Andrea Barber posted a picture of her character Kimmy Gibbler giving a judgmental frown, and added the caption, "Basically I'm going to be making this face all night."

Meanwhile, John Stamos decided to cheer on actor Justin Gaston, who played him in the TV movie, tweeting, "Good luck tonight @JMichaelGaston - Hope you have as much fun being me as I do."

Franklin created the follow-up, and Stamos serves as an executive producer, while Saget and several of their former co-stars are set to make cameos throughout the series.

Fuller House is set to debut on Internet streaming service Netflix next year (16).