Also, John Stamos took his pants off, a bit.

Danny Tanner, Joey Gladstone and Jesse Katsopolis reunited to convey famous scenes from 'Full House' for Oikos yogurts during the in-demand NFL Super Bowl XLVIII ad slot. But they’re been messing around with material on Jimmy Fallon, too. 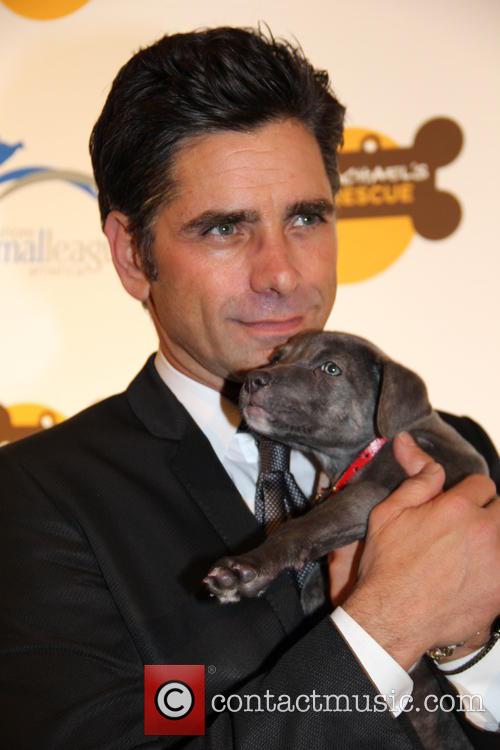 Greek yogurt commercials are one thing – and Uncle Jesse, Joey Gladstone and Danny Tanner can certainly advertise dairy – but taking your talents to GMA and “Late Night” with Jimmy Fallon is the real dream. And they’re living it.

The guys promoted their new Super Bowl commercial on Good Morning America on Jan. 29, and they were really committed, with John Stamos giving a little striptease. That’ll shift yogurts. “Take off your pants, Greek boy!” Bob says walking into the kitchen.

Dave chimes in, “You heard the man!” Of course, in true Danny Tanner character, Bob adds “Take those pants off, that’s gonna stain!” The woman in the commercial walks out and even though John yells, “Please don’t leave me with them,” Bob tells him, “She wasn’t good for us anyway!" (Hollywood Life)

For Fallon, the trio visited the talk show host in his bedroom (which looked exactly like Mary Kate and Ashley Olsen’s from the famous sitcom) to teach the departing comic a life lesson about leaving “Late Night.” This involved singing lullabies and bestowing valuable advice.

Fallon is off soon – he’s leaving “Late Night” next month to take “The Tonight Show” over from Jay Leno on Feb. 17. Just a week later, the talk shgow merry-go-round will settle down, with Seth Meyers debuting in Fallon’s to-be-former “Late Night” chair.