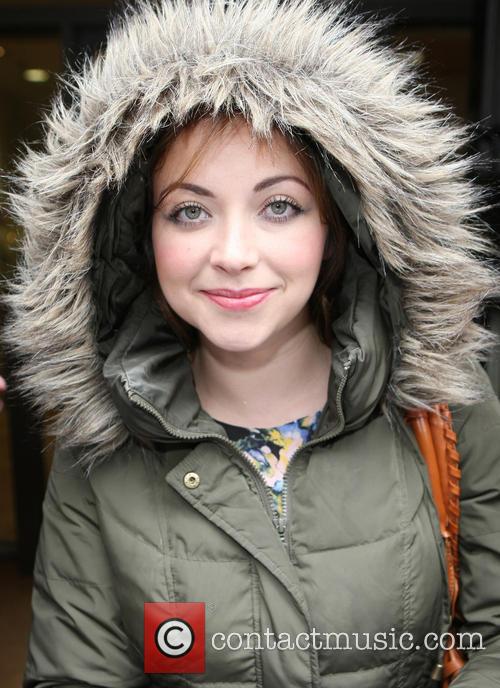 Elizabeth Price will be dominating the headlines today (December 4, 2012), after wining the Turner Prize last night. She’s a relative unknown, so what exactly has the Bradford-born, Luton-raised artist been doing all these years and why have we only just heard of her?

Before making a living as an artist, Price was a member of the indie pop band Talulah Gosh. The band are said to have formed after Price met Amelia Fletcher in a club in Oxford, bonding over the fact that they were both wearing Pastels badges. They formed the band and took their name from the headline of a Clare Grogan interview in NME. Before long, they found themselves spearheading the twee-pop sound of the 1980s. Of course, no indie band of that time was worth their salt unless they’d recorded a session for the BBC’s John Peel show and sure enough, that was broadcast in 1988. Having made their live debut in 1986, the band split just months after their Peel session. Though their existence was brief, their legacy is synonymous with the C86 movement forged by NME.

It is no surprise then, that Price’s award-winning artwork is knee deep in musical history. Entitled The Woolworths Choir of 1979, the video piece combines footage of The Shangri-Las performing ‘Out in the Street’ with footage of a furniture store blaze (which went on to change UK fire laws) and shots of ecclesiastical architecture. The Guardian’s coverage of the awards noted that the Turner Prize exhibition was dominated by Price’s work, both in the public’s appreciation of it and by its sheer volume, as visitors “can hear the clapping and singing from throughout the galleries.” Price, the former member of Talulah Gosh, now joins the ranks of Gilbert & George and Damien Hirst – both former winners of the prize and major players in the British art world.

In light of the recent allegations brought forth against former DJ John Peel, the BBC have announced that they will most likely drop the planned tribute they had arranged in his honour should the allegations that he impregnated a 15-year-old girl during the 70’s prove to be true.

The broadcasting corporation had plans to rename a section of the new BBC Broadcasting House after the late DJ, who died in 2004, but have now announced that should the accusation be proven against Peel then they will reconsider. A BBC spokesman said: "Clearly, in the event of proven allegations of sexual abuse the BBC would re-consider its decision on the naming of part of our new building."

After the revelations about the sexual antics of the late Sir Jimmy Savile last month, scrutiny has been placed on further DJs and presenters from the 60’s and 70’s about their sordid pasts. Peel is the latest person to face these accusations after a woman named Jane Nevin told the Daily Mail that she had had unprotected sex with Peel when she was 15, ultimately leading to her impregnation and later an abortion. Although Nevin never told Peel about the pregnancy and abortion at the time, she claims to have sent him a letter some 30 years later about the event, to which Peel replied, citing his relief that she wasn’t revealing that he had a secret love child.

John Peel Had An Affair With A 15-year-old, And Got Her Pregnant?

By Michael West in Lifestyle / Showbiz on 12 October 2012

Evidently, it has really not been a good week for dead ex-BBC employees. Over the past two weeks the worst fears, that were merely rumours in Jimmy Savile's lifetime, have seemingly been confirmed as fact with over 100 reported incidents involving the Jim'll Fix It host. And now, a woman has revealed that she had a three month affair with the BBC Radio presenter John Peel, resulting in a pregnancy that she terminated.

Jane Nevin allegedly met the legendary DJ at a Black Sabbath Concert in 1969 when peel was 30, double the age of Nevin. The pair would meet routinely for sex, he would take her to gigs and she “would follow him round like a laptop' as she put it, quoted in the Telegraph. As soon as Nevin's mother found out about the relationship, she put an end to it, though not before Nevin had fallen pregnant.

Nevin was not at all happy about the pregnancy, she said “I was devastated... didn’t even think about telling John. I just wanted it to be over.” Nevin chose to come clean about the relationship with the press after the allegations against Savile have come to light. “He must have known I was still at school. But he didn’t ask and I didn’t tell him... At the time I was just so happy to be on his arm. I was young and he was famous. All I cared about was that I could make all my school friends jealous... I suppose I used him for his fame and he used me for sex" Nevin said, “Looking back, it was terribly wrong and I was perhaps manipulated. But it was a different era.” Peel was also known to say 'I don't ask for ID' in regard to his female fans.

Continue reading: John Peel Had An Affair With A 15-year-old, And Got Her Pregnant?