John Oliver Rallies The Internet Trolls To Give The FCC Hell

John Oliver is using his position as satirical-sideways-swiper for good, it would seem. His latest target is the FCC and ‘net neutrality’, and he addressed them in a rousing, 13-minute-long segment from his new-ish HBO show, ‘Last Week Tonight’. 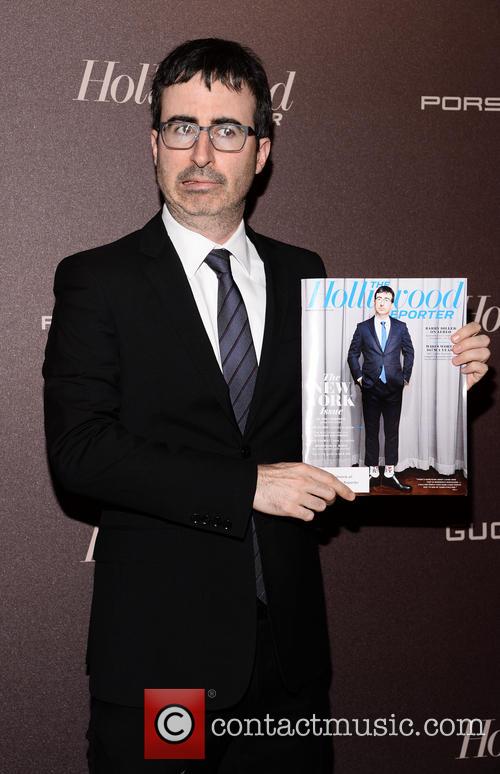 With his burgeoning brand of sarcasm, cheap punch lines and scathing one-liners, Oliver took what seemed like a lifetime of pent up aggression out on the decision makers and beneficiaries of the proposed changes to net neutrality, which would grant the big money companies access to a high speed service, while the internet minnows would be left scrambling in the slow lane. Except it wasn't a lifetime of aggresion: Oliver is rallying the troops for an important battle, using comedy as his conduit for compliance.

More: John Oliver Goes Solo With 'Last Week Tonight', So How Did It Go?

“Ending net neutrality would allow big companies to buy their way into the fast lane, leaving everyone else in the slow lane,” Oliver explained. “What’s being proposed is so egregious, activists and corporations have been forced onto the same side.” Watch the whole thing here.

He also lambasted the proposed merger between Comcast and Time Warner Cable, suggesting: “That’s basically Lex Luthor knocking on Superman’s apartment door and going, ‘listen, I know we have our differences, but we have got to get rid of that asshole in apart 3B. He’s too loud, Supe, he’s too loud’,” and mocking the companies’ monopoly as service providers, likening them to gangster rackets circa 1920.

And in a final, rousing effort to garner support for the issue, Oliver lobbied the Internet commenters out there to make a difference and do what they were born to do: comment. “This is the moment you were made for,” he said. “We need you to get out there and for once in your lives focus your indiscriminate rage in a useful direction. Seize your moment, my lovely trolls! Turn on caps lock and fly, my pretties.” Go for it.