The meteoric rise of a Birmingham comedian who took the U.S by storm.

John Oliver went from working the stand up scene in the U.K to being recommended by Ricky Gervais to U.S giant Jon Stewart. He then hosted The Daily Show in place of Stewart to critical acclaim, and how he has his own HBO show. It’s good to be John Oliver right now. 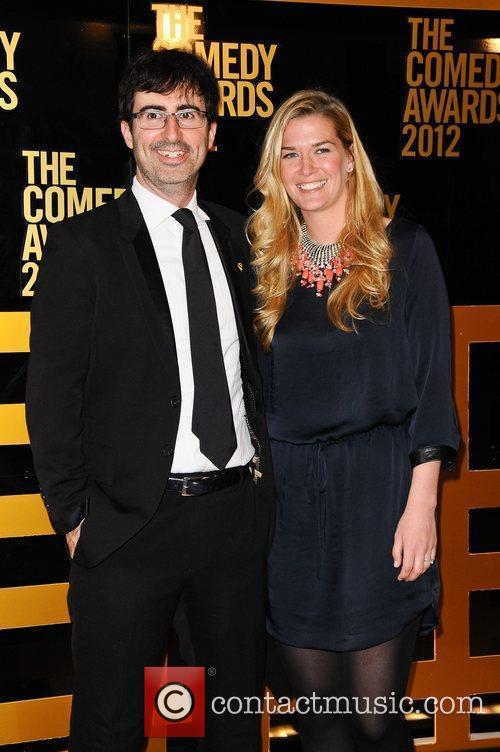 John Oliver Is Getting His Own HBO Show

"Last Week Tonight with John Oliver" will air Sundays in the 11:00-11:30 p.m. It’ll take a Satirical look at the week in news, politics and current affairs, HBO confirmed in a statement, but they were secretive about anything else the show had to offer.

Oliver’s rise has been an unlikely one. A Birmingham-born comedian with no real background in America or American politics, slotting firmly into one of the country’s biggest institutions – The Daily show.

It was a surprising move, but a welcome one, and Britain’s Ricky Gervais had something to do with it. "They are looking for people all the time. I think Jon had asked Ricky Gervais, at least that's the only story I heard. I don't know him, but he knew what I was doing back then. I came over and pretty much started the next day," explained Oliver, back when people were wondering who he was.

"I had never been to America before, but I guess I had a workable knowledge, just because that's necessary to know how the world works... but in terms of the intricacies of how America was governed I certainly did not know a lot, so that was kind of a crash course." He adds: "I guess I had an opinion on the Bush administration as most global human beings did."

His time in Stewart’s chair was received warmly, with many critics quick to point out just how daunting a task Oliver had undertaken. And from that success story, his name grew. Now on April 27th, we’ll see his very own show.

"I think it probably led in some way and let's just say the only way," said Oliver when asked if his stint on the Daily Show had anything to do with him landing his own show. "I think it is probably the main reason why I am here now. It was a bizarre, exciting and terrifying experience." (The Independent)