British singer/songwriter John Newman has revealed he would love to work with Bajan superstar Rihanna on her new album, and he is excited by the rumours she wants him to submit a song. 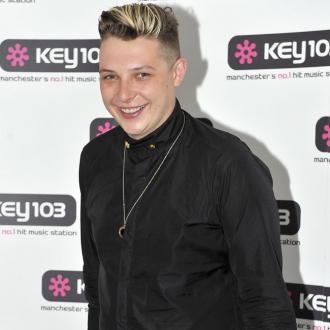 John Newman is ''massively'' excited by the prospect of writing a song for Rihanna's new album.

The singer/songwriter has already worked with the likes of Jay Z and Eminem during his career, and the 'Love Me Again' hitmaker is being lined up as a potential songwriter for the Bajan beauty's next LP, something he is eager to do.

The 24-year-old star told The Sun newspaper: ''I'm writing for a lot of people at the moment. There's a lot of talk of me writing for Rihanna, which we need to look into. That would be massively exciting.''

Although Newman occasionally appears on songs he writes for other artists, such as 'Blame' with Calvin Harris, he has no intention of duetting with Rihanna, 26, on the song he hopes to pen for her.

He explained: ''I try to write a song a week but I don't feel I could release that much under my name because there could be too much of it. It's for them personally.''

Jessie J is another artist who Newman recently wrote for, giving her the track 'Fire' for her third album 'Sweet Talker' - which was released last week.

Although they didn't get a chance to work together in the studio, Jessie took him for a special birthday dinner to thank him for writing for her record.

She told BANG Showbiz: ''Unfortunately with John I didn't get to go into the studio with him but I took him out for dinner on his birthday and that was my thank you.''