John Newman has confirmed he is working on new material alongside Calvin Harris for Rihanna's new album. 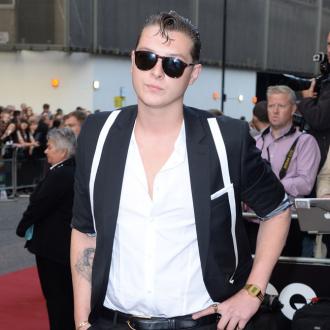 The 24-year-old 'Love Me Again' singer - who released his debut album, 'Tribute', in 2013 - revealed he has been in the studio with the DJ to work on music for the Bajan beauty's upcoming record, which has been tentatively titled 'R8'.

He said: ''We started to look at tracks to put together for Rihanna.''

Calvin previously collaborated with the pop princess on the 2011 smash hit 'We Found Love', although he recently revealed a track he wrote with R&B singer Tinashe for her new LP was rejected.

''I did a few things for it but they don't get back to you, there are a lot of people involved. ... It's okay because I'm working on my stuff and it's going fine.''

However, John admitted he is once again teaming up with the 31-year-old producer for his own music, following the success of their number one collaboration 'Blame', which was released last year.

He told music magazine Billboard: ''Then we have booked some time to work on my album.

''It feels like a Mark Ronson/Bruno Mars kind of thing, where I work with somebody for a long time. I've had more time to think and pull it all together on this record. And hopefully, I'll have more of a presence in America.''