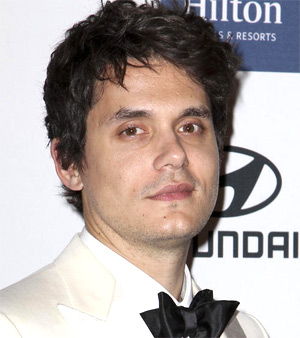 John Mayer has recently announced that he will be touring for the first time in nearly 3 years. After an extended break from singing due to vocal problems John is finally back on the road to tour his acclaimed album 'Born and Raised'. As part of his world tour the Grammy Award-winning singer, songwriter and musician has today confirmed that he will grace the UK with a performance at the O2 Arena in London on Sunday 20th October and now an additional performance at Wembley Arena on Saturday 26th October. John Mayer Wembley tickets go on-sale 9am on Friday 17th May and are available from www.livenation.co.uk or www.ticketmaster.co.uk.

Mayer produced 'Born and Raised' with Don Was, who worked on albums for acts such as the Rolling Stones, B.B. King and Bonnie Raitt. Rock legends David Crosby and Graham Nash provide vocals on the title song and musicians joining Mayer on the album and on the road include highly-regarded keyboardist/pianist Chuck Leavell-who has worked with the Rolling Stones, Eric Clapton and The Allman Brothers Band-as well as previous collaborators Sean Hurley on bass and Aaron Sterling on drums.  Jim Keltner makes a special appearance on drums on "Something Like OLIVIA."

Released in June 2012, Born and Raised, the fifth Columbia Records album from John Mayer, debuted at Number One in six countries--Australia, New Zealand, Canada, Denmark, Netherlands and the United States--while hitting Number One on iTunes in thirty territories worldwide.

Mayer's albums--Room for Squares (2001), Heavier Things (2003), Continuum (2006), Battle Studies (2009) and Born and Raised (2012)-have sold more than 25 million copies combined worldwide.  John has won seven Grammy Awards and received an additional 11 nominations.  He has been included in Time Magazine's annual Time 100 list of the most influential contemporary thinkers, leaders, artists and entertainers, and twice featured on the cover of Rolling Stone Magazine's annual "Guitar" issue.