John Mayer 'to propose to Katy'

John Mayer is so smitten with Katy Perry he is set to propose as he thinks she's the perfect woman for him. 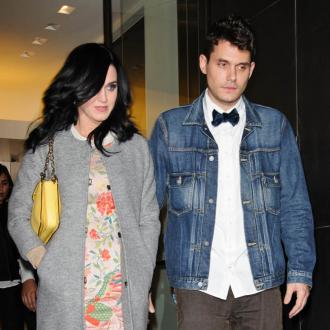 John Mayer is set to propose to Katy Perry.

The 35-year-old singer has been dating the 'Firework' hitmaker for around six months and sources say he's so smitten with ''independent'' Katy, he is considering popping the question.

A friend said: ''John really likes the fact that Katy is so independent and not needy and clingy like the other girls he's dated. This is the first time John's felt so strongly about a girl. She's played her cards perfectly.

''They really do bring out the best in each other. It wouldn't surprise me at all if he proposed.''

Sources also say 28-year-old Katy - whose divorce from Russell Brand was finalised last July - is keen to settle down and is even thinking about having children with John.

One revealed to more! magazine: ''John has given her the confidence to jump out of the rat race. With John, she feels like herself. She wants to nest. She's gained a few pounds, is taking a much-needed break from work and perhaps is even getting her mind and body ready for pregnancy.''