John Mayer has revealed he is planning to cancel his account on micro-blogging website twitter because he thinks it is ''over'' as a means of communication. 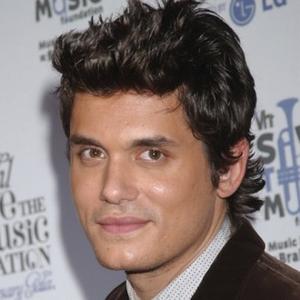 The 'Gravity' singer - one of the most high-profile users of the social networking website - admits he is growing tired of micro-blogging and is preparing to cancel his account on the site, unless its owners change its purpose.

He said: "Within in the last couple weeks, every night I think about cancelling my twitter account because I think it's pretty much done.

"I just think twitter as a form of communication, I think it's over to be honest with you.

"I would rather see twitter be a cork board of links to other more important things, because it's really sort of flawed from the beginning. I can't tell you how many times I meet people or I'm having dinner with people who write stuff and they get upset they have haters now, like, `Why do I want to invent more reasons to have haters?' "

The musician - who has previously dated stars including Jennifer Aniston and Jessica Simpson - has come to realise that he could utilise his time better than spending his free moments on the internet.

He added: "I might as well spend that time making a sandwich or building a model ship or something.

"My challenge going forward is to basically disregard the need, the obsessive need for external validation."

It has previously been claimed that the 32-year-old singer's relationship with Jennifer ended because of his obsession with twitter.

A source explained at the time: "John suddenly stopped calling her or returning her emails and when she would finally catch up with him, he'd say, 'I've been so busy with work. I'm sorry I haven't had time to email you back.'

"Jennifer was fuming when she looked at the activity on his page. There he was, telling her he didn't have time for her and yet his page was filled with twitter updates!

"Every few hours, sometimes minutes, he'd update with some stupid line. And in her mind, she was like, 'He has time for all this twittering, but he can't send me a text, an email, make a call?' "