The Grateful Dead Are Not Dead, Despite Wrapping Up Their Farewell Shows Last Month (Jul15) - Three Of The Four Remaining Members Have Formed A New Supergroup With John Mayer. 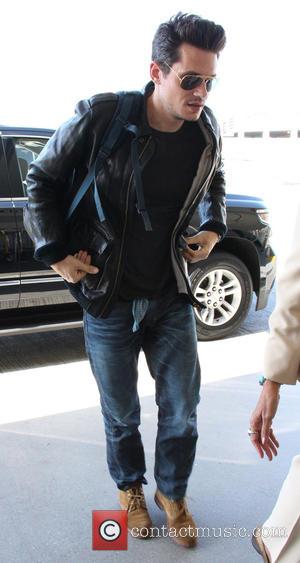 Picture: American singer, songwriter and producer John Mayer was spotted as he arrived in to Los Angeles International Airport to catch a flight out of Los...

After breaking records with their Fare Thee Well shows earlier this summer (15), Bob Weir, Mickey Hart and Bill Kreutzmann have teamed up with singer/songwriter Mayer under the name Dead & Company, and the new band will hit the road on Halloween night (31Oct15) at New York's Madison Square Garden.

Dead bassist Phil Lesh will not be a part of the line-up because he's busy with his own act, Phil and Friends.

Announcing the news, Weir tells Billboard.com, "Those songs weren't done with us. It was a matter of who wanted to get back out on the road and keep doing it."

He adds when Mayer, who has appeared onstage with various Dead members this year (15), offered to join the band on tour, it was "the cherry on the sundae that made this project look like a good idea".

Weir admits he's keen to make sure ticket prices for Dead & Company shows are as low as possible so those who couldn't afford seats for the Fare The Well shows will get the chance to see the new band.

He adds, "It's kind of late in the year to put together a tour, but we're gonna try."

At press time, the Halloween night show in New York is the only concert booked.