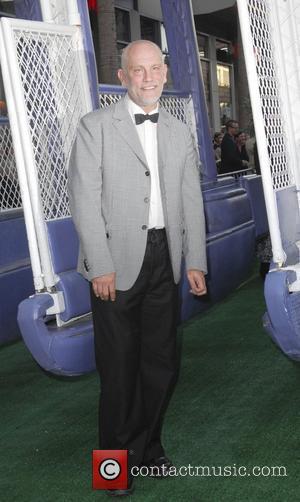 John Malkovich is hoping to return to Istanbul, Turkey with a new opera featuring a local critic's harsh review of the actor's last production in the city.
The Being John Malkovich star was floored by the criticism of The Infernal Comedy, in which he starred as part of the 17th International Istanbul Theatre Festival this summer (10) - but he has derived something positive out of it.
The theatre critic's review will be part of a new opera, The Malkovich Torment, which the actor hopes to take back to Istanbul next year (11).
He tells WENN, "I was sent this one review and I really regretted that decision because I so enjoyed doing it (The Infernal Comedy). I was doing a second opera this summer called The Music Critic at Julian Rachlin's film festival in Dubrovnik and the concept was to get all the most horrific reviews on Beethoven, Brahms, Debussy, Mozart, Bach etc. and read these terrible, terrible reviews and then play the piece.
"The young violinist who conceived the piece said he would like to include the terrible review of me.
"When I read that review, besides thinking it was extremely funny and really well written, I could kind of agree or take the point. I've made a lifetime of indepth self criticism but people are welcome to help! They wrote a symphonic piece around it (review) which is just spectacular and I interpret the full text of the review. It's called The Malkovich Torment.
"I hope he (the critic) enjoys the piece because the music is just spectacular and we'll probably play it in Istanbul. Maybe I'll take him out for a drink or something."