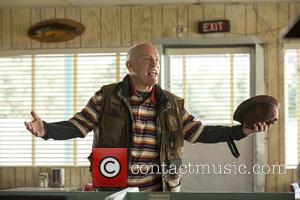 John Malkovich has revealed he once fancied himself as a vigilante on the mean streets of New York City.

The movie star, who often plays quirky characters, portrays a retiRed tough guy in the Red films - and he admits the role brought back memories of the time he spent tackling criminals in the Big Apple when he was a struggling actor.

He admits he frequently became embroiled in arguments with petty street criminals and bullies, and he admits one particular incident almost turned deadly when someone questioned his fashion sense.

During an appearance on America's The Tonight Show With Jay Leno on Wednesday (10Jul13), he said, "I was at a restaurant and a mugger came by and grabbed someone's purse... A friend of mine... said to me, 'Did you see that? Let's go!' And so we finally ran this guy down into the park, but he'd had an associate and passed it off.

"(I also had an) altercation with a mugger that involved some harsh words and a butcher knife.

" I had on a very nice suit, he said a bunch of things to me on the street for no reason, which on reflection I wasn't so happy with, and then I went and changed clothes and picked up my utensil (and went out back looking for him) and asked him if he wanted to carry on the discourse. He declined and life went on."