Movie Star John Malkovich Has Filed Court Papers In New York In A Bid To Seek Out Information About How Reporters At French Newspaper Le Monde Linked Him To A Tax Evasion Scheme. 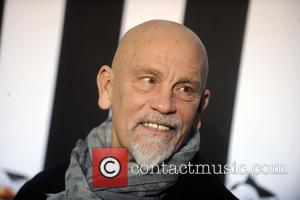 Malkovich claims the publication's editors defamed him by connecting him to the so-called SwissLeaks scandal, and now he is after answers in a bid to find out how the investigation was conducted.

The actor, who has also filed a defamation action against Le Monde editors in Paris, is keen to find out how investigative reporters at U.S. TV news show 60 Minutes, who worked with their French counterparts on the story, got hold of their information.

60 Minutes producers Ira Rosen and Habiba Nosheen and correspondent Bill Whitaker covered the scandal in February (15), revealing it began when computer files featuring lists of Swiss bank HSBC's clients were leaked to a group of journalists. In the TV news piece, viewers were told the documents revealed the bank did business with "tax dodgers, arms dealers and drug smugglers".

Malkovich, who wasn't named in the TV expose, reveals he had an account with a bank acquired by HSBC in 1990, but it was closed two weeks before the acquisition, and he adds he was contacted by Rosen and had several conversations with him, during which the TV producer "stated that there were two HSBC accounts listed in my name, neither of which contained any funds".

In the court documents, Malkovich continues, "I informed Mr. Rosen that I was not engaged in tax evasion and, to my knowledge, I never had a bank account with HSBC."

Rosen reportedly told Malkovich he would not be mentioned in the 60 Minutes story, but he was named in a Le Monde investigation piece that was published in February (15), and, upset with the suggestion he engaged in criminal tax evasion, he is now seeking recourse.

As part of a petition for an order to conduct their own investigation into the 60 Minutes news story, obtained by The Hollywood Reporter, the actor's legal team states, "The Le Monde Defendants will have an opportunity to defend their misconduct by contending that they acted in good faith in publishing false statements about Malkovich.

"The discovery requested... is necessary for challenging such a contention, because it will confirm whether or not the information Malkovich provided to CBS was, in turn, conveyed to the Le Monde Defendants."