John Malkovich's personal belongings were stolen from a plush hotel in Prague today (03.06.11). 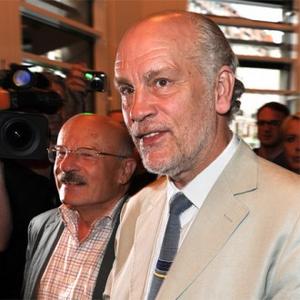 The 57-year-old actor's personal documents and two mobile phones were stolen from his room at the Mandarin Oriental hotel in the Czech capital, where he had shown his latest movie 'Infernal Comedy' at the Prague Spring Music Festival yesterday (02.06.11) and while he was supposed to fly on to Poland today, the theft has forced him to rearrange his schedule.

Mandarin Oriental hotel PR manager Katarina Pavlitova said: "I can confirm that a police investigation is under way with regard to a loss of personal items of one of our guests, who I can now name as John Malkovich. The hotel is fully cooperating with police,".

John is currently starring in 'Transformers 3' alongside Shia LaBeouf and Rosie Huntington-Whiteley and recently revealed he was thrilled to be involved.

He said: "Lorenzo and Mark at Summit are producing. They approached me about it. I'd seen the first one, which I liked and thought it was funny. I like working with them very much. They're very good producers, they're very hands-on, always around, really get their hands dirty which is not so normal."