'Frasier' actor John Mahoney passed away at the age of 77 this week while in a hospice in Chicago. Tributes have begun rolling in across various social media platforms from fellow actors and film industry titans, remembering his great work in television, cinema and theatre. 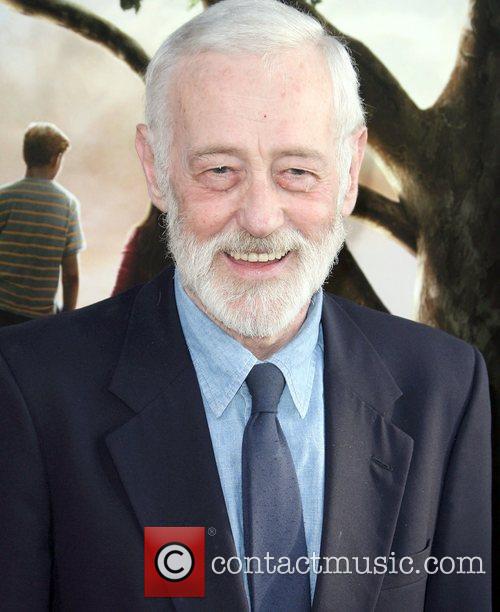 John Mahoney at the premiere of 'Flipped'

The star, who is best known for playing Kelsey Grammer's onscreen father Martin Crane in 'Frasier', is reported to have died on Sunday (February 4th 2018) after a short battle with cancer while receiving hospice care. His publicist confirmed the news to TMZ, while his the theatre group to which he belonged, Steppenwolf, made a statement on social media.

'It is with our deepest sorrow that we share the news that ensemble member of 39 years John Mahoney passed away due to complications from cancer while in hospice care on Sunday', Steppenwolf wrote on Facebook. 'John was a beloved member of our Steppenwolf family who was known for his extraordinary kindness, generosity of spirit and quick smile... John's impact on this institution, on Chicago theatre, and the world of arts and entertainment is great and will endure.'

John, who was born in Blackpool in England, didn't begin his acting career until his late 30s and was encouraged to join Steppenwolf Theatre by John Malkovich. His breakthrough role was in 1985's 'Orphans' and he went on to perform in over 30 productions winning two Clarence Derwent Awards and a Tony for John Guare's Broadway show 'The House of Blue Leaves'. His last theatrical performance was in 'The Rembrandt' in September.

While 'Frasier' was his most important TV appearance, earning him Emmy and Golden Globe nominations, he has also appeared in '3rd Rock from the Sun', 'ER', 'In Treatment', 'Hot in Cleveland' and most recently 'Foyle's War'.

Meanwhile, his movies include Barry Levinson's Tin Men', 'Moonstruck', 'Eight Men Out', 'Say Anything...', 'In the Line of Fire', 'Reality Bites', 'Barton Fink', 'The Hudsucker Proxy' and 'The American President'

Few details are known about the exact cause of John's death, though he had previously suffered from colon cancer in the mid-eighties. Little is also known about his surviving family, given that he kept his personal life extremely private.