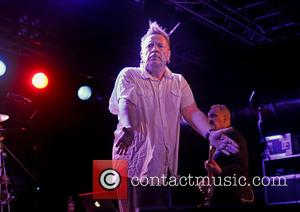 The show will also feature former 'Nsync star JC Chasez as Pontius Pilate and Ben Forster, who won his role as Jesus in the London revival of the musical on British Tv talent show Superstar.

Announcing the news of the tour on U.S. Tv show Good Morning America on Friday (04Apr14), Boyd said, "It's an incredible show. I'm so excited to be part of it."

Confirming his part in the show, Lydon took to his website and wrote: "I'm here to sing with the King of the Jews, who could ask for anything more?"