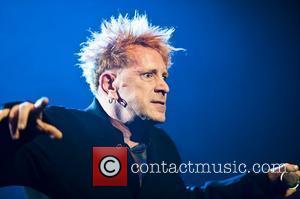 Punk rocker John Lydon has defended himself after lashing out at Welsh singer Duffy at a 2008 awards ceremony, insisting he reacted violently after she "leapt" on him.
The Mercy hitmaker was collecting a trophy for Song of the Year at London's MOJO Awards two years ago (08) when the Sex Pistols frontman - also known as Johnny Rotten - pinned her against a wall.
She later said, "He'd been heckling me when I went to pick up an award, shouting 'Duffo', 'Up the Duffy', things like that - nice!
"When I picked up the award, I had to walk past him so I went to say hi and suddenly he had me pinned against the wall. I just went white and had to get away."
But Lydon insists the scuffle was a result of Duffy jumping on him.
He tells Britain's The Sun, "She leapt on my back. I'm not a maypole for her to go swinging off. Until you know who is doing that you are in a compromising position. If you want to say hello to me, then stand in front of me and say hello."