The Sex Pistols frontman John Lydon has distanced himself in the forthcoming rerelease of the band's anti-monarchist track 'God Save the Queen'. 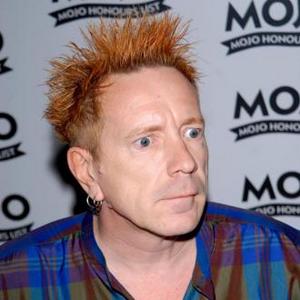 John Lydon has distanced himself from the reissue of The Sex Pistols' anti-monarchist song 'God Save the Queen'.

The group's frontman believes rereleasing the track in time for Britain's Queen Elizabeth Diamond Jubilee ''undermines'' what they initially stood for when they first released the track in 1977 to coincide with the monarch's Silver Jubilee.

John said in a statement: ''I would like to very strongly distance myself from the recent stories and campaign to push 'God Save the Queen' for the number one spot.

''This is not my campaign. I am pleased that the Sex Pistols recordings are being put out there for a new generation, however, I wish for no part in the circus that is being built up around it.''

Upon its first release, the song went to number two in the charts behind Rod Stewart's 'I Don't Want To Talk About It/The First Cut is the Deepest'.

'God Save the Queen' features lyrics about the queen, claiming she is ''not a human being'' and suggests the Monarchy is a ''fascist regime'' and its artwork depicted a defaced image of the monarch.

Many stores refused to stock the single and it was banned from play on BBC Radio 1.