The former Sex Pistols singer believes that the BBC banned him because he had threatened to reveal Savile's behaviour back in 1978.

John Lydon has said that his ban from BBC radio for speaking out against Jimmy Savile at the start of his career still rankles with him nearly forty years later.

Lydon, the former lead singer of punk icons the Sex Pistols and now the post-punk veterans Public Image Ltd., gave an interview back in 1978 in which he said the disgraced former presenter Savile was “into all sorts of seediness. We all know about it but we’re not allowed to talk about it. I know some rumours.”

Speaking to Piers Morgan for his 'Life Stories' show, the 59 year old said: “I’m very, very bitter that the likes of Savile and the rest of them were allowed to continue. I did my bit, I said what I had to. But they didn’t air that.” 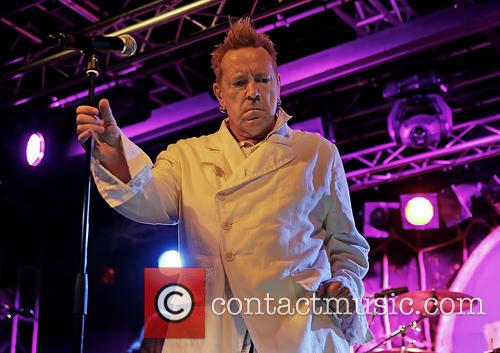 John Lydon performing with PiL in 2013

He continued: “I found myself banned from BBC radio for quite a while, for my contentious behaviour. They wouldn’t state this directly; there’d be other excuses.”

More: Ever get the feeling you’ve been cheated? The soul of punk dies as Sex Pistols credit cards are unveiled

The Pistols had already been in trouble with the network by that point – their punk anthem ‘God Save The Queen’ received a complete ban from the network in May 1977. Lydon, known as Johnny Rotten while he was in the Pistols, didn’t say what the ban precisely entailed back then. But he tells Morgan now: “Weren’t I right? I think most kids wanted to go on ‘Top of the Pops’ but we all knew what that cigar muncher was up to.”

Elsewhere in the interview, which will be broadcast on ITV tomorrow (September 25th) at 9pm, Lydon talks about the death of his former Pistols bandmate Sid Vicious from a heroin overdose in 1979. “Sid was my mate and all that, but I watched him slowly destroy himself,” he said with regret. “I’ve got to be honest – it came as no surprise.”

Lydon, who is partly promoting PiL’s new album What The World Needs Now…, added: “It wasn’t overwhelmingly catastrophic he killed himself. Most people who mess about with heroin, they lose their souls way earlier, it’s just waiting for the body to keel over.”

About the Pistols’ meteoric success and spectacular implosion, he said: “We became so big so quick that it was too earth shattering to really deal with sensibly. We had no prospects of fame and all of that and I think that shows. That's why the quality of the Sex Pistols is still there.”