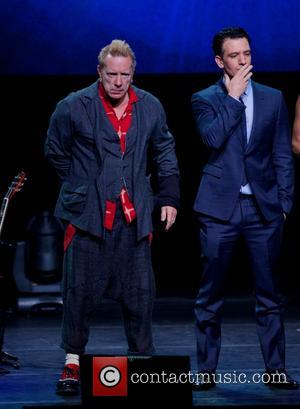 The spectacular, which was also set to feature former Destiny's Child star Michelle Williams and J.C. Chasez, was cancelled last month (May14) after tour producer Michael Cohl realised it would be a disaster.

Opening up about his decision for the first time, he tells Billboard.com, "We realised we had a problem the day we went on sale.

"We all worked very hard reinventing things, rethinking things, fighting the good fight, and it just got to the point... We had to make the right business decision... We've questioned a thousand things - if we had gone with one or two lead superstars, if we had gone with a cheaper ticket price. We knew that this was a very risky project... (but) we thought we had a shot."

Lydon and company were in rehearsals for the 54-city arena tour when they heard the news, and the former Sex Pistols star has since spoken of his disappointment.