John Lennon's former home, where he wrote a number of tracks for The Beatles' eighth studio album 'Sgt. Pepper's Lonely Hearts Club Band', has gone up for sale for £15 million. 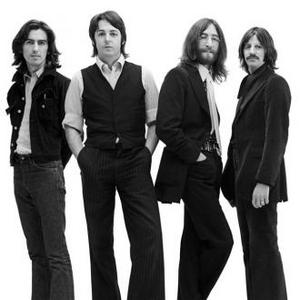 John Lennon's former home has gone up for sale for £15 million.

The late music legend wrote a number of tracks for The Beatles' eighth studio album, the seminal 'Sgt. Pepper's Lonely Hearts Club Band', at the house in Weybridge, Surrey, which was home to John and his first wife Cynthia between 1964 and 1968.

Beatles fanatics might like to get their hands on the pricey property - which John purchased for just £20,000 on July 15, 1964 on the advice of the band's accountants Dr. Walter Strach and James Isherwood - as it was also featured in 1988 documentary film 'Imagine: John Lennon'.

As well as writing Beatles songs in the house, named Kenwood, John is said to have spent several days there taking LSD before later meeting the rest of the group - Sir Paul McCartney, George Harrison and Ringo Starr - and proclaiming he was the reincarnation of Jesus Christ.

The house - which is on the St. George's Hill estate, where Sir Cliff Richard and Sir Tom Jones owned homes - boasts six bedrooms, a swimming pool and 1.5 actress of landscaped garden, which John can take credit for improving.

Following his purchase of the property, which is described by estate agents Knight Frank as a ''luxuriously finished family home'', John splashed out around £40,000 renovating his new abode by reducing its 22 rooms to 17 and building an outdoor pool, as well as landscaping the grounds.

While living in Kenwood, John met Yoko Ono - his wife from 1969 until his death in 1980 - and he livened up the entrance hall with a suit of armour and a gorilla suit.

As well as the bizarre features, the house also contains a study and an attic, where John installed the majority of his musical equipment.

Bill Martin, who wrote hit songs such as 'Puppet on a String' and 'Congratulations', purchased the property for £40,000 in 1968 and it has changed hands a number of times since, most recently being sold for £5.8 million in January 2007.