The Divorce Papers John Lennon's Late First Wife Cynthia Presented To Her Husband Are Going Under The Hammer In England. 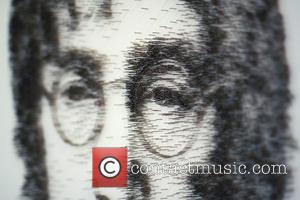 The five-page legal documents, detailing the couple's 1968 split surfaced earlier this year (15) - just before Cynthia died, and now the papers are set to go to the highest bidder at an Omega Auctions sale.

The documents include a statement from the Lennons' former housekeeper, Dorothy Jarlett, who claimed to have found the Beatles star and his future wife Yoko Ono in bed together and also accused the rocker of slapping his son Julian when he misbehaved.

In the papers, Jarlett states John was "often depressed and unhappy" and made claims that "Mr. Lennon started taking drugs", adding, "I knew of this, because I began noticing drugs lying around in various parts of the house... It was quite clear to me that Mr. Lennon was smoking pot, and we all hoped that it was a phase."

Jarlett is also putting her former employer's iconic round, gold eyeglasses, complete with an Alfred Hawes & Son Ltd. case, up for sale.

Lennon reportedly loaned the spectacles to Jarlett in 1965, when her brother needed an accessory for a costume party.