Yoko Ono has used the death of her husband John Lennon to campaign against America's gun laws. 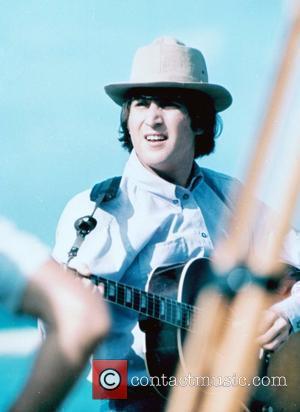 Picture: Help! (1965) Directed by Richard Lester Shown: John Lennon This is a PR photo. WENN does not claim any Copyright or License in the attached...

As an artist, Yoko Ono is familiar with the phrase "a picture paints a thousand words," and she hopes the age-old saying will prove true in the debate to change America's gun law debate. This week, she tweeted a picture of her husband John Lennon's bloodstained glasses, the very pair he was wearing when shot dead outside the Dakota building in New York on December 8, 1980. "Over 1,057,000 people have been killed by guns in the USA since John Lennon was shot and killed on 8 Dec 1980," were the words accompanying the image on Twitter.

It was just one of several tweets the 80-year-old sent out in a bid to get the U.S. to change its gun laws, in light of the recent massacres at Sandy Hook and Aurora. "31,537 people are killed by guns in the USA every year. We are turning this beautiful country into war zone," she tweeted in another post. One of the world's most famous peace advocates, Ono also tweeted pictures from her wedding to Lennon in March 1969. "We decided that if we were going to do anything like get married that we would dedicate it to peace." The couple married in Gibraltar and spent their honeymoon holed up in an Amsterdam hotel room to campaign for peace.

On the afternoon of December 8, 1980, after posing for a photo-shoot by Annie Leibovitz, John Lennon gave what would be his final interview to a San Francisco radio station before leaving his New York apartment to mix his new track Walking On Thin Ice at the Record Plant Studio. He and Ono was approached by Mark David Chapman as they walked to their car, signing an autograph for the 25-year-old who would kill him just hours later. A haunting image of Lennon signing a copy of Double Fantasy for Chapman emerged after his death. 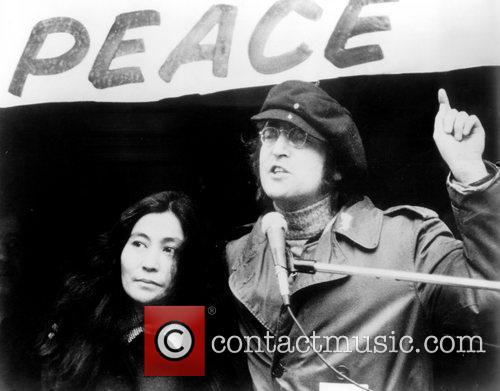 The couple spent several hours at the studio before returning to their apartment at 10.50pm, exiting on 72nd street instead of driving into their secure car-park. Ono walked ahead of Lennon into the reception area of the building, when Chapman - waiting in the shadows - pulled out a gun and aimed directly into Lennon's back, firing five times with a Charter Arms .38 revolver. According to reports, he shouted, "Mr Lennon," before firing, though Chapman says he does not remember calling out the singer's name. Lennon staggered into the reception area saying "I'm shot, I'm shot," before falling onto the floor.

Chapman had dropped the revolver onto the ground - he was clutching a paperback copy of J.D Salinger's novel The Catcher In The Rye. Lennon was pronounced dead on arrival at St Luke's Roosevelt Hospital.

America's gun-laws still allow pretty much anyone to obtain a firearm with ease.