Rapper T.I. Is Confident He Will Be "Exonerated" From Inclusion In The Marvin Gaye Family's Blurred Lines Copyright Infringement Ruling, Because He Was Not Involved In The Main Creation Process Of The Song. 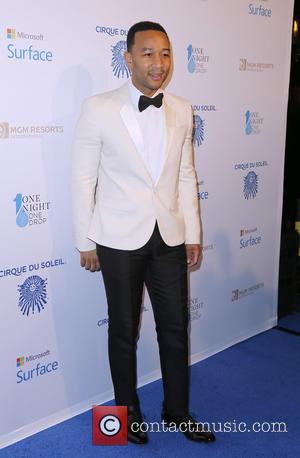 Collaborators Pharrell Williams and Robin Thicke were recently ordered to pay $7.3 million (£4.9 million) to Gaye's three children after jury members decided they had copied elements of the soul legend's track Got to Give It Up for their 2013 chart hit.

The relatives have since filed new legal papers asking the Los Angeles judge to "correct" the verdict by also holding additional parties accountable, including T.I., who recorded a guest verse for the tune.

However, the hip-hop star, who added his part to Blurred Lines after its initial creation, insists he did nothing wrong.

He tells TMZ.com, "I don't know what's going on. I never really got caught up in that. I have nothing but admiration and respect for the legacy and the estate of Marvin Gaye.

"I know that I'm a writer, a creator, I don't steal from anybody creatively when I make my music. I know that, and I think anybody with common sense will be able to see it whenever they listen to it.

"I'll be exonerated (from the lawsuit) or whatever cause I know I did the right thing."

Williams and Thicke are preparing to appeal the original Blurred Lines verdict, while the Gayes are seeking an injunction to halt continued sales of the song.

Meanwhile, R&B star John Legend has weighed in on the plagiarism trial ruling, insisting the verdict could put artists in a difficult situation when they are creating music that may have been inspired by existing tracks.

The singer tells the Associated Press, "You have to be careful when it comes to copyrights, whether just sounding like or feeling like something is enough to say you violated their copyrights... (I am) a little concerned that this verdict might be a slippery slope."