John Legend To Sing At His Own Wedding 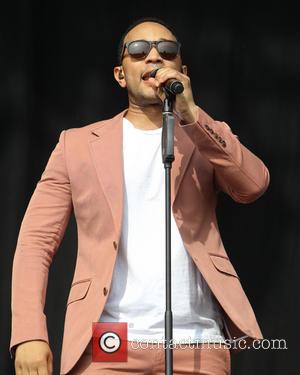 Soul star John Legend is planning to perform songs at his own wedding later this year (13).

Legend proposed to his model girlfriend Chrissy Teigen in 2011 and after a prolonged engagement and several postponements, they are finally set to tie the knot, reportedly at Lake Como in Italy in September (13).

The singer is adamant the couple does not want a huge ceremony and will keep the guest list down to family and close friends, but Legend has confessed he will allow himself one ego trip on his big day - by singing for the assembled wedding party.

He tells Q magazine, "I'm getting married soon... The wedding won't be small but not too large, it's mostly family. I just have a big family. Am I playing? I'll probably do a song or two. Do I take requests? No, I'm not into wedding bands."