John Legend only sees a future with 'smart' girls

'Ordinary People' singer John Legend - who is engaged to model Chrissy Teigen - has insisted intelligence is a big factor when it comes to committing to more than a one night stand with a woman. 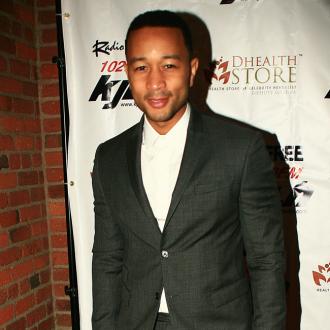 John Legend says girls have to be ''smart'' to be more than a ''booty call''.

The 'Ordinary People' - who is set to marry to Chrissy Teigen later this month - has claimed intelligence is a big deal breaker when it comes to relationships.

He told Cosmopolitan magazine: ''If someone's not smart in some way, it can only go so far. It'd be just a booty call situation.

''They must be able to get on with my friends and they need to have style.''

The star also insisted he has never used his own songs to impress the ladies because it would make him seem too arrogant.

He added: ''I've never brought a girl home and put my own song on! That's a little too narcissistic.''

John - who met his fiancee on the set of one of his video shoots - also explained the couple have a level of trust which means she doesn't fear he'll find a new woman in the same way.

He said: ''She knows how we met! But I'm very disciplined. I know where home is.

''We made a spoof video recently of her spying on me on a shoot and making sure I wasn't getting too frisky!''