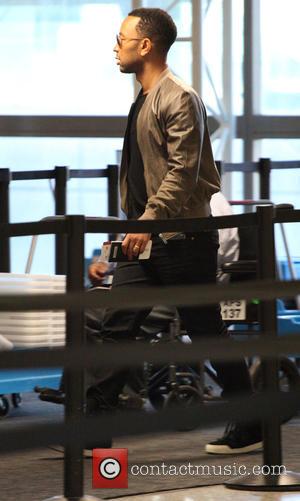 John Legend risked the wrath of authorities in Bahrain by calling for change during his controversial gig in the country on Monday (02Mar15).

The All of Me hitmaker performed to a sold-out crowd of around 2,000 on Monday night (02Mar15) as part of the Spring of Culture festival in Arad Fort.

Legend previously came under fire from campaigners who insisted the star should boycott the government-backed event over alleged human rights abuses in the Middle Eastern nation, but he refused to cancel the show.

During the concert, the singer performed Oscar-winning track Glory from civil rights movie Selma, and he compared the current struggle in Bahrain to the fight for rights in the U.S. led by Martin Luther King, Jr. in the 1950s and 1960s.

He told the audience, "When you look at me, you may see the international superstar John Legend, but I am also the descendant of slaves... But we fought for change.

"I wrote this song (Glory) for a film called Selma that... depicts the epic struggle for civil rights, justice and equality led by Dr. Martin Luther King 50 years ago... We believe that change is possible because we have seen it happen before... A just society is one built not on fear or repression or vengeance or exclusion, but one built on love... We continue to fight in America to move toward this just society and we pray the same for the people of Bahrain. And for those who stand for justice, accountability, freedom of expression, freedom of peaceful assembly, freedom to organise without fear of retribution, please know that I stand with you.

"The struggle may not be easy. Some have already paid the ultimate sacrifice to make this vision a reality. But I believe there is a brighter future ahead. And, one day when the glory comes, it will be ours."

While no incidents were reported at Legend's concert, there was a heavy police presence at the event and anti-riot vehicles were posted at the entrance to the open-air venue.