R&b Star John Legend And Supermodel Chrissy Teigen's Marriage Has Inspired Black-ish Creator Kenya Barris To Develop A Sitcom Based On Their Lives. 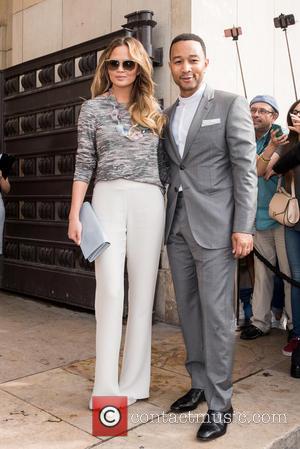 Barris recently scored a development deal with ABC Studios, and his first project will be loosely based on the entertaining couple's life.

Barris tells Buzzfeed, "It's inspired by them - they're both super creative and super effusive and I'm just fans of them and everything they stand for. I'm really excited about it."

The show is still in the early stages, but Barris reveals it will feature an interracial couple, just like Legend and Teigen.

He adds, "We don't know what's going to be what. But it will be a part of the show in terms of showing those two worlds colliding and coming together - their issues and their obstacles that happen inside their personal relationship... Hopefully, it will become something we can all be proud of."

Tentatively titled Ordinary People, based on the singer's Grammy-winning track of the same name, Legend and Teigen will also serve as producing partners on the project.

If the pilot gets picked up by studio executives, filming will begin in February (16).