Amanda Bynes And Chrissy Teigen In War Of Words 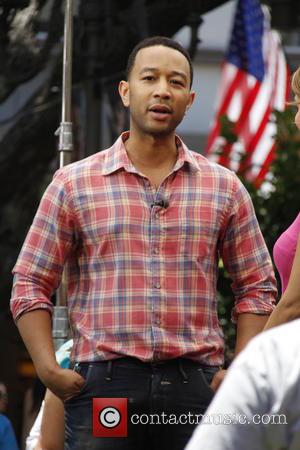 The Hairspray star was taken into custody on 23 May (13) and charged with marijuana possession, attempted tampering with physical evidence and reckless endangerment after reportedly throwing a bong out of the window of her apartment as police raided her home following reports she had been smoking pot in the building's lobby.

A number of the 27 year old's fans took to the social networking site to defend Bynes, despite her series of bizarre behaviour leading up the event, prompting Teigen to question the troubled star's mental health and online support system.

She tweeted, "The fact that Amanda Bynes has any 'support' to retweet is really unsettling. Support people with mental illness, yes. But don't condone/enable scary and poor behavior."

The comment prompted an angry Bynes to issue a nasty response: "@chrissyteigen Ur not a pretty model compared to me. I signed to Ford models @ age 13. I don't look up to u beauty wise. I'm far prettier than u! I'm offended that you're saying I have a mental illness when I show no sign of it, but thankfully not one man that wants me wants you and you are an old ugly model compared to me! You look 45! You're not pretty so I'm not intimidated by you!"

She added, "I think you're jealous that you're just an ugly model whos (sic) career is uninspiring! I don't respect you! You're no beauty queen! I'm a beauty queen!"

The Sports Illustrated beauty later begged her fans to ignore the post and not get caught up in the drama, adding, "I never ask anything of you guys but please. I don't need defending and please stop writing her. It's not funny, it's sad... Wish the best for her, truly."