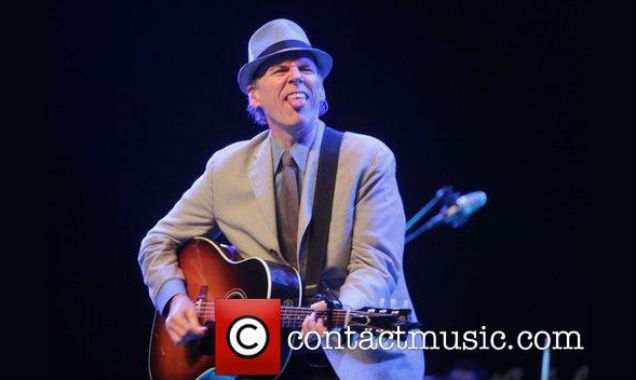 John Hiatt, who the Los Angeles Times calls ".one of rock's most astute singer-songwriters of the last 40 years," will release his new album 'Terms Of My Surrender' on July 15 via New West Records.

Hiatt, a master lyricist and satirical storyteller, weaves hidden plot twists into fictional tales ranging in topics including redemption, relationships, growing older and surrendering, on his terms.  The new record is musically rooted in acoustic blues, accentuated by Hiatt's soulful, gritty voice, which mirrors the gravity of his reflective lyrics.

For 'Terms Of My Surrender', Hiatt turned to his longtime guitarist Doug Lancio (Patty Griffin, Jack Ingram) to produce. Though Hiatt initially picked up an electric guitar on day one of recording, Lancio challenged him to play acoustic instead, which set the tone and mood for the whole process. Hiatt even plays Harmonica on the album, which he hasn't done on recent records. Most of the album was recorded as if in a live setting, which was fitting since the band in the studio was Hiatt's exceptional touring band (Lancio, Nathan Gehri, Kenneth Blevins, and Brandon Young).

Hiatt's songs have been recorded by artists as diverse as Bob Dylan, Bonnie Raitt ("Thing Called Love"), Emmylou Harris, Iggy Pop, Rosanne Cash (#1 country hit, "The Way We Make A Broken Heart"), the Jeff Healey Band ("Angel Eyes"), and even the cartoon bear band of Disney's film, 'The Country Bears'. He earned a Grammy nomination for 'Crossing Muddy Waters', while B.B. King and Eric Clapton shared a Grammy for their album 'Riding With The King', the title track from which was a Hiatt composition. Hiatt has received his own star on Nashville's Walk of Fame, the Americana Music Association's Lifetime Achievement Award for Songwriting, has been inducted into the Nashville Songwriters Hall of Fame and was saluted at the Indiana Governor's Arts Awards.

The rock-country-blues fusion album 'Bring The Family' - performed with Ry Cooder, Nick Lowe, and Jim Keltner - was Hiatt's first charted effort, and he was subsequently named Best Male Vocalist in Rolling Stone's annual Critics Poll.  In the last few years Hiatt has released 'Same Old Man', 'The Open Road', 'Dirty Jeans & Mudslide Hymns' and 'Mystic Pinball' all to critical acclaim as All Music Guide declares "And for a guy who has cranked out four studio albums in five years, Hiatt is having a great run as a songwriter."

Hiatt and his band, The Combo, will appear at the 2014 New Orleans Jazz & Heritage Festival before a full summer US tour. UK Dates to be announced shortly.