John Goodman and Eric Andre have joined the cast of 'The Internship' and will cameo alongside Owen Wilson and Vince Vaughn. 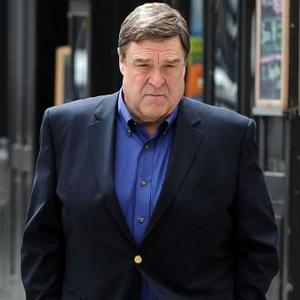 John Goodman has joined the cast of 'The Internship'.

The 'Monsters, Inc.' actor and comedian Eric Andre will have supporting roles alongside Vince Vaughn and Owen Wilson in Shawn Levy's Twentieth Century Fox film, which sees the leading duo reinvent themselves as interns at a technology company after finding themselves left behind in the digital world.

John will appear as Owen and Vince's alpha boss, while Andre will play an advisor who mentors the shambolic pair, according to Variety.

The 'Internship' script was penned by Vince and sees the struggling forty-something professionals battle it out against ruthless graduates when they are forced to change career paths after being made redundant.

John's latest roles include 'Argo', 'Flight' and 'Trouble with the Curve'. He is also reprising the role of lovable monster James P. ''Sulley'' Sullivan in animated film 'Monsters University', a prequel to 2001 film 'Monsters, Inc.'.

Eric currently stars in sitcom 'Don't Trust the B***h in Apt.23' and hosts his own talk show, 'The Eric Andre Show.'