Fallen Fashion Designer John Galliano Has Been Holding Meetings With A Rabbi And A Holocaust Survivor Following His Conviction Over An Anti-semitic Rant, According To A Report. 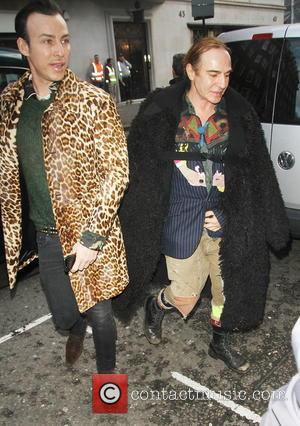 The Brit was fired by bosses at fashion house Christian Dior for hurling insults at a couple in a bar in Paris, France in 2011.

Now Britain's Mail on Sunday newspaper reports he has been meeting with members of the Jewish community as part of his "rehabilitation" over the scandal.

Giving a speech in London last week (beg25May15), Galliano said, "I am an alcoholic and that is no means an excuse. But I'm now recovering and part of that is coming to terms with what I did."