Dior designer John Galliano has revealed he adores working with A-List Hollywood actresses on campaigns for the fashion and beauty label. 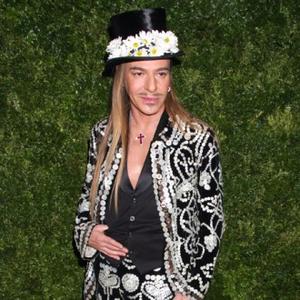 The British designer has worked with a number of Hollywood beauties including Marion Cotillard and Natalie Portman on campaigns for Dior but revealed he was most impressed with Charlize Theron.

He said: "I love working with actresses. I love their creative process. It's a bit like brainstorming. Working with Charlize [for J'adore Dior Parfum] was a scream. I mean, she ends up directing the whole thing.

"And she's right; she knows what she's doing. She'll remember exactly which way she sat, where her butt was, her nails. I mean it's just fabulous. I love the creative process. What they bring creatively is really important."

While John loves working with celebrities, he says he has no pre-requisites for who he casts in his campaigns.

He explained to WWD: "It depends on the product. It's a creative process that I love, whether it's working with Kate Moss, Sharon Stone, Charlize Theron or Natalie Portman. We've had a fun time with Marion Cotillard doing some internet films.

"The last one, "The Grey Lady," was in London. It was by John Cameron Mitchell. It was a real trip - with Sir Ian McKellen! He's in a wheelchair and she has these supernatural powers. She seduces him and because of her love he's able to walk. I cried when he got up. Everyone was crying. We all were in tears."