By Charlotte Court in Fashion / Beauty on 06 October 2014

The once disgraced British designer is back on fashion's main stage as the new creative director for French house, Maison Martin Margiela

John Galliano, one of the fashion industry’s most controversial figures, has returned to the front-line of couture as creative director for French designer, Maison Martin Margiela. The Gibraltar-born British stylist, considered to be one of the most influential designers of his age, retreated from public life following his dramatic fall from grace in 2011. 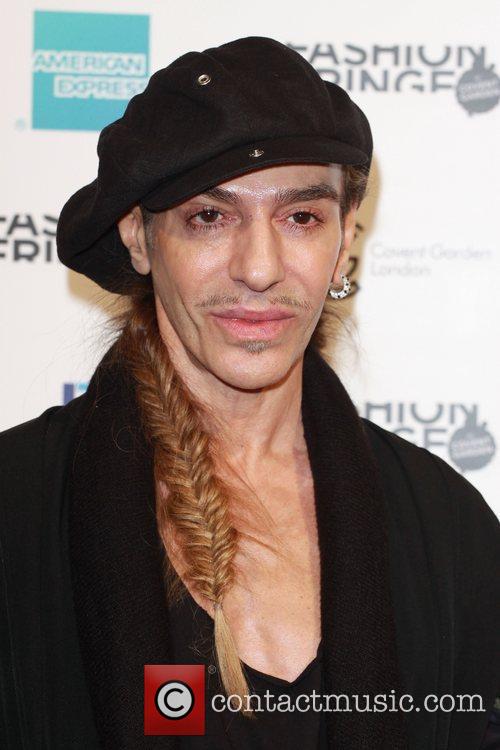 British-born designer, John Galliano, is considered to be one of the most influential designers of his age

He was sacked from Christian Dior, where he had held the title of creative director for 15 years, after an incident in a Paris café that led to a guilty prosecution of proffering anti-Semitic insults, an offence under French law, on two occasions in February 2011 and October 2010.

John Galliano’s problems have been well documented; he was fired from his role at Christian Dior for anti-sematic remarks made in a drunken haze. But now, for the first time since his controversial dismissal, and in, what he claims, is his first sober interview, Galliano explains all.

"I was going to end up in a mental asylum or six feet under... it sounds a bit bizarre, but I am so grateful for what did happen. I have learned so much about myself. I have re-discovered that little boy who had the hunger to create, which I think I had lost. I am alive," he said. Dior dismissed him as chief designer in March 2011, for saying "I love Hitler,"and "Your mother, your forefathers would be fucking gassed and fucking dead." Since then, he hasn’t worked in fashion much, other than a few guest spots and a short teaching stint at a New York school. "It's the worst thing I have said in my life, but I didn't mean it ... I have been trying to find out why that anger was directed at this race. I now realise I was so fucking angry and so discontent with myself that I just said the most spiteful thing I could," he said.

Things are looking up for the once-disgraced designer, though. Reports suggest that he’s setting up for a high-profile US television interview, perhaps with PBS journalist Charlie Rose. The fashion world loves controversy, and now that he’s becoming an acceptable face again, together with his contrition, there’s no doubt he’ll be a leading star once again.

Galliano reluctant to talk about his own career

John Galliano’s masterclass at New York’s Parsons College abruptly stopped not long after it was announced that the fashion aficionado had been announced as doing it. The reason? His reluctance to talk about his career - surely the reason that anyone would want to go to a Galliano masterclass in the first place.

"We are writing to follow-up on messages we shared with you on April 26 about the planned workshop with John Galliano," an email from the college which was also sent to The Cut said. "It was a condition of our agreeing to host Mr. Galliano that we also hold a larger forum, which would include a frank discussion of his career. Ultimately, an agreement could not be reached with Mr. Galliano regarding the details of that forum, and so the program will not move forward."

The tone of the email suggested that not all the students were happy with Galliano taking the class in the first place, with a segment of it reading: "Over the last several weeks, many members of the university community wrote to express their views about this visit. Regardless of your opinion, you remind us all that it is our commitment to debate, and our willingness to support the possibility of change, that makes Parsons and The New School such an extraordinary place to learn." There’s been no word yet from the designer.

Is It Mr. Galliano Now? John Galliano Set For Teaching Role At New School For Design

Strings to John Galliano’s bow: eminent fashion designer, label owner and now teacher? The controversial fashion designer is to teach a masters class at Parsons The New School For Design.

A visit to London's Central Saint Martins led people to believe he would take a rumoured teaching post there, a now-public memo sent to Parsons' BFA students would suggest otherwise. According to it, Galliano’s class will "engage its participants by provoking the power of emotion in context of fashion practice and exploration of intuitive, perceptive manners of investigational making". For the four days he is there, students are implored to use their "intuition and emotion" to try and understand "the intense pressure of sustaining a role at the very top of the design world." In the email, the fashion designer is described as a "master of tailoring, construction, research, and thematic investigation… an unparalleled living legend capable of blending and blurring the traditional boundaries of practice. A technical genius, after more than twenty-five years of practice, what inspires him most today is not a destination of a geographical sense but the divergent journeys of the soul, mind, and reflection." 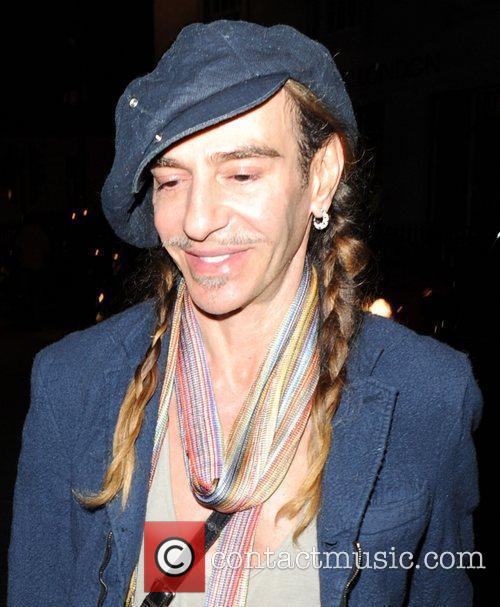 Will John Galliano moan about his students in the staff room?

John Galliano - the man sacked by Dior back in 2011 for making anti-Semitic remarks - surprised, stunned and insulted some people by appearing in a getup usually attributed to Hasidic Jews on Tuesday (Feb, 13).

Galliano was disgraced in 2011 when he racially abused a Jewish woman outside a cafe in Paris, so his latest fashion statement seems an odd one - designed to enflame. But, according to The New York Daily Newsm Abraham Foxman, national director of the Anti-Defamation League has defended him, saying this is just  "John Galliano being John Galliano." Foxman went on to explained, "This guy is trying. I'm not soft on people who say, 'Hitler's my hero.'" Given that Galliano did indeed say that, this seems like an odd statement. Galliano is "on a pilgrimage to learn and grow from his mistakes," he said. "He is trying very hard to atone."

He was spotted dressed up... as he was leaving his house and heading to Oscar de la Renta's Fashion Week show. The hat, long coat and curled locks by construed by some as offensive by some Jewish leaders. And those au fait with Galliano's movements over the past few years noted that the outlandish style icon has been wearing that hat for years. Foxman, too, added of the controversial attire: "Hasidim do not wear fedora hats, pinstripe pants, blue jackets or an ascot tie."

Are you paying attention, Mel Gibson? Fashion designer John Galliano’s got a real interesting idea when it comes to wriggling your way out of having a terrible reputation as an anti-Semite. Galliano, despite having disgraced himself back in 2011 for making anti-Semitic remarks in a Paris café, decided that it might be a good idea to go to his pal Oscar de la Renta’s Fashion Week show in New York, wearing an outfit strongly reminiscent of the outfits worn by Hasidic Jews.

Presumably aware that at some point during the day, he was likely to have his photo taken, the former Dior designer stepped out onto the streets of New York wearing a wide brimmed, homburg-style hat and with his hair curled into side-locks (“peyos”). Galliano has been helping Oscar De La Renta prepare for his 2013 fall collection show but last night, his own choice of outfit shocked the New York Jewish community.

A Williamsburg community leader, Isaac Abraham condemned what he deemed to be a sartorial insult, on Galliano’s part. “He’s trying to embarrass people in the Jewish community," Abraham told the New York Post "and make money on clothes [while] dressed like people he has insulted… If it was just anyone else, I wouldn’t know what to say. But considering who this guy is, considering his background and what he’s said in the past, let him explain it to all of us: Are you mocking us?”

If there’s one thing true in the world of fashion, it is that fame doesn’t last forever, but neither does disgrace.

This is especially true of famed designer John Galliano, who is apparently putting an end to his fall from grace, according to a report by Women’s Wear Daily. The designer, who ran into a lot of trouble in 2010 and 2011 after a series of anti-semitic rants, which got more publicity than he had probably intended, had his career end rather abruptly. His stunts resulted in his firing from Christian Dior and the designer has been lying low ever since. It looks like he’s on the rise again however. Or he’s trying anyway. Galliano has been offered a few weeks’ residency in Oscar De La Renta’s studio in New York city and this may just be the push that Galiano’s career needs. Then again, it is pretty hard to recover from a blunder of that scale.

De la Renta himself said of the decision: “John and I have known each other for many years and I am a great admirer of his talent. He has worked long and hard on his recovery and I am happy to give him the opportunity to reimmerse himself in the world of fashion and reacclimate in an environment where he has been so creative.”

Disgraced designer John Galliano, who lost his job at Christian Dior following an alcohol-fuel outburst in December 2010, is set to make his triumphant return to the world of fashion should he accept the offer of residence with Oscar de la Renta in New York.

The designer, who served as creative director of Christian Dior before his dismissal from the fashion giants, was filmed whilst speeding head-first into a triad of abuse and insult towards two Jewish women at a bar in Paris just prior to Christmas 2010. The disgraced designer's mouth served as the shoot uploading garbage on the unsuspecting bar patrons, in which he declared his admiration for Adolph Hitler and his abhorrence of the Jewish faith and its followers. His comments were filled by a fellow bar patron and then went viral, with Galliano's world seemingly ready to fall apart around him with each mounting viewer of the tape.

He told the unsuspecting women: "I love Hitler. People like you would be dead today. Your mothers, your forefathers would be f*cking dead, f*cking gassed." 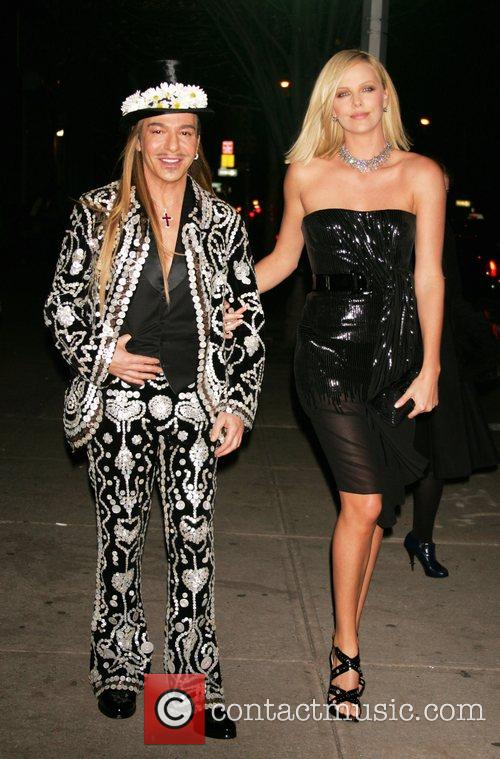 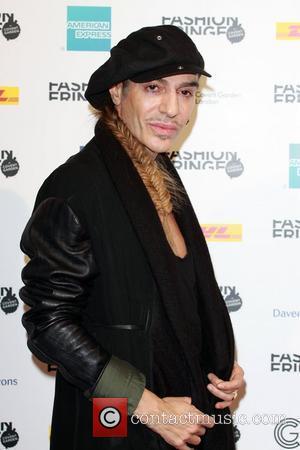