Jfk Assassination To Be Made Into Leonardo Dicaprio Movie 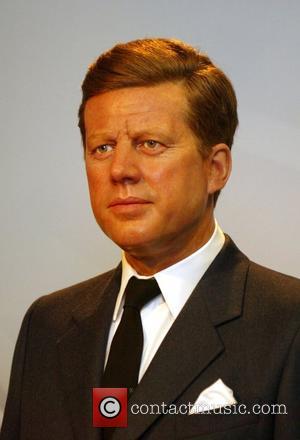 The assassination of President John F Kennedy is set to be turned into a big-budget movie after it was confirmed that Leonardo Dicaprio has won the rights to the book 'Legacy of Secrecy: The Long Shadow of the JFK Assassination' by LAMAR WALDRON and THOM HARTMANN. The 36-year-old Hollywood actor will produce and co-star in the movie that is scheduled for release in 2013, reports Variety.
Today (22nd November 2010) marks the 47th anniversary of the day that JFK was assassinated in Dallas Texas while travelling in his motorcade through the city's Dealey Plaza. Waldron and Hartmann's book explores the idea that the mobster CARLOS MARCELLO ordered the hit on the President, having confessed the crime to FBI informant JACK VAN LANINGHAM. The book also states that declassified files show Marcello's associates and family members were arrested in the wake of the assassination, and it is understood that DiCaprio will play Van Laningham in the big-screen adaptation.
It has been reported that DiCaprio first learned about the book from his father GEORGE DICAPRIO, and both father and son are likely to team up on the project, with George co-producing.

Jfk Assassination To Be Made Into Leonardo Dicaprio Movie