The folk icon and outspoken political activist died 17 years ago, but his legacy is still being recognized.

This weekend, folk icon John Denver was finally recognized with a star on the Hollywood Walk of Fame. 17 years after his death in a plane crash, Denver (born Henry John Deutschendorf) was also honoured with an exhibit of his photographs -- Sweet Sweet Life: The Photographic Works of John Denver -- at Hollywood's Substrate Gallery. Denver made his name in the 60s, performing mainly on acoustic guitar. His music was typically lighthearted and optimistic. 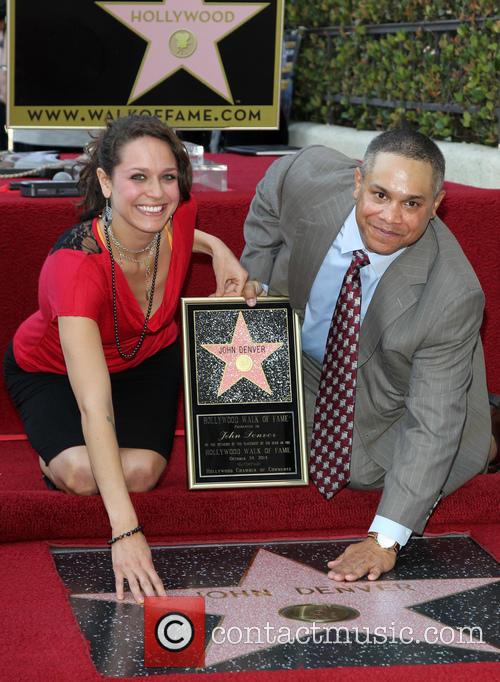 Denver’s favourite subjects were the joy of nature, his love of music and relationships. In the 70s, as Denver developed an interest in activism, his music took on a more political tone, notably with the 1975 song Calypso, an ode to the exploration ship and team of environmental activist Jacques Cousteau.  Denver was a close supporter of Jimmy Carter and the Democratic party in general.

His son Zak Deutschendorf, and daughter, Jesse Belle Denver attended the Hollywood Walk of Fame ceremony. The decision follows Denver’s induction into the Country Hall of Fame in 2011.

More: John Denver, 17 Years After His Death, Honored With Star On Hollywood Walk Of Fame [Pictures]

"He was a troubadour," G. Brown, director of the Colorado Music Hall of Fame, told Variety. "He was a one of a kind talent. Never sang out of tune. He was a fantastic vocalist. When you listen to a record like Sunshine on My Shoulder -- the string arrangement, his vocal performance. He was just a phenomenal performer. It's undeniable."