John Cusack is in talks to star alongside Elijah Wood in psychological thriller 'Grand Piano', which tells the story of a concert pianist who retires after experiencing a bad case of stage fright. 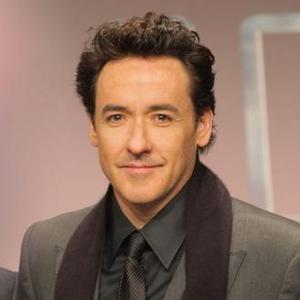 John Cusack is in talks to star in 'Grand Piano'.

The 'Raven' actor has entered negotiations about appearing alongside Elijah Wood in the psychological thriller, which will be directed by Spanish helmer Eugenio Mira.

John's role in the movie, which will be penned by Damien Chazelle, is yet to be confirmed but the film tells the story of a concert pianist (Elijah) who is struck down by a bad case of stage fright that causes him to go into early retirement before he is forced back into performing, Variety reports.

But after agreeing to return to the stage he discovers a note that tells him to put in his best ever performance in order to save his and his wife's lives.

Eugenio, Damien, Adrian Guerra and Rodrigo Cortes have all had a hand in developing the project, which is due to start shooting in Spain and Chicago in July.

John - who has appeared in 'Con Air' and 'Being John Malkovich - recently starred as Edgar Allen Poe in 'The Raven', a fictionalised version of the poet and author's last days.