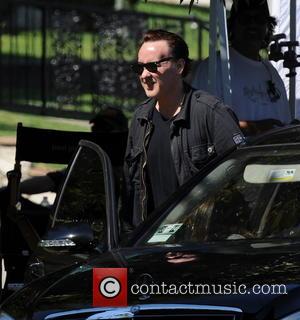 Actor John Cusack is heading to the small screen to make a rare guest appearance in a new Wall Street drama series he is executive producing.

The High Fidelity star previously agreed to take on a behind-the-scenes role on the as-yet-untitled show, which was developed for Tv by Justified's Taylor Elmore and Ben Cavell from a story they wrote with Cusack and pal Kevin MCCabe.

The drama, about the money and power of the New York finance world, will feature Boardwalk Empire actor Charlie Cox as a smart soldier-turned-hedge fund trader, and now Cusack has signed up to co-star in the pilot as a cynical former Wall Street employee.

Lost actress Maggie Grace is also attached to the project.

Tv cameos by Cusack are few and far between - he has only previously appeared in an episode of hit comedy Frasier in 1996 and 2013 mini-series Doll & Em.