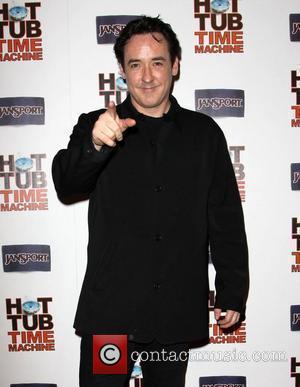 John Cusack struggled to sleep during the filming of his dark Edgar Allen Poe movie The Raven.
The actor plays the legendary writer in a fictionalised account of his final days, in which Poe chases a serial killer who is using his dark poems as inspiration.
The movie was shot on location in Eastern Europe and Cusack admits he suffered sleeping problems for two months during filming.
He tells Digital Spy, "It was hard to sleep, I didn't sleep a lot. I didn't sleep for about eight weeks... We were in Serbia, it was winter, we were in Hungary and Serbia... (But) there was something sort of thrilling about it."