A sinister Ice Cream van steadily circles a neighbourhood, leaving death and destruction in its wake. As people come to watch, the ridiculous and crazy event connects several, complete strangers for a short time. Then, each group embarks on their own horrific adventure. 'Dante The Great' is an amateur magician who unwittingly comes into the possession of a cloak owned by Houdini. Whilst it gives him magical powers and makes him famous, it also demands to be fed. There is also the tale of a scientist who creates a machine able to conjure portals to parallel dimensions, and finally, there is the story of a group of teenagers that head to Mexico for a party and encounter the living dead.

Robyn is a free spirit with an unusual, not to mention dangerous, ambition to cross the 1,700 mile Australian desert from Alice Springs to reach the Indian Ocean accompanied by four camels and a dog. Mocked at by the Alice Springs locals, she starts to train camels on a farm and learn about survival in the wildnerness. By the time she is ready to embark on her journey, she is well equipped with the knowledge and tools of basic survival in a scorching desert. Before her trip, she meets a National Geographic photographer named Rick Smoland who promises to fund her trip as long as he can visit her on her journey to take photographs. Robyn's loneliness starts to overwhelm her and she has a brief romance with the photographer, but the real revelations are what she learns about herself along the way.

'Tracks' is based on the true memoirs of the same name written by the real Robyn Davidson who spent 9 months crossing the barren Australian sands. The movie has been directed by John Curran ('The Painted Veil', 'We Don't Live Here Anymore', 'Stone') and written by Marion Nelson, and it was nominated for awards at the Venice Film Festival and the London Film Festival last year. It is set for UK release on April 25th 2014. 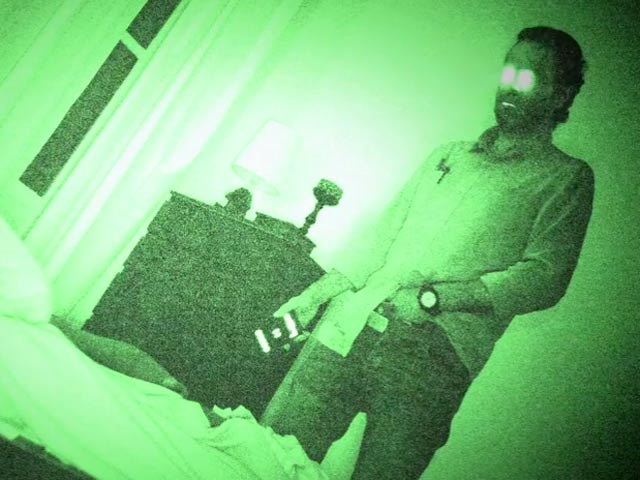 A sinister Ice Cream van steadily circles a neighbourhood, leaving death and destruction in its...

Robyn is a free spirit with an unusual, not to mention dangerous, ambition to cross...