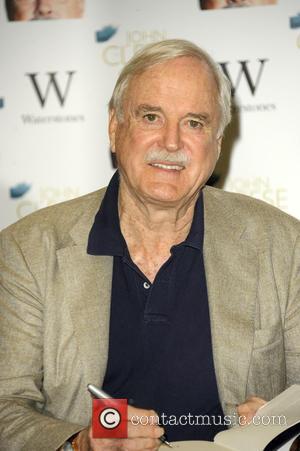 The Monty Python star appeared on This Morning on Monday (13Oct14) to promote his new memoir, and during the interview he jokingly referred to his former comic colleague Michael Palin as "a b**tard".

Presenter Phillip Schofield immediately apologised for the slip, prompting Cleese to query the incident and revealing he misunderstood the U.K.'s broadcasting rules which ban adult content before 9pm.

After Schofield said sorry to viewers, Cleese said, "Why? It's nine o'clock isn't it?" and Schofield replied, "Yes. The wrong one. It's alright at the later nine o'clock."

Cleese then revealed he had genuinely misunderstood the rules, saying, "What? You can't say (a swear word) before nine in the evening? Really? I didn't realise that."