John Cleese is to star in a 'Baywatch' parody film with stars of the series including David Hasselhoff and Pamela Anderson. 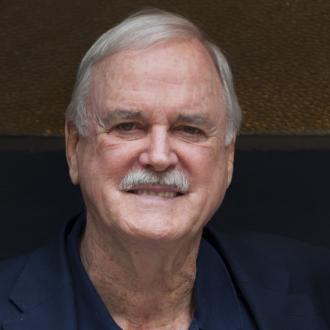 John Cleese is to star in 'The B Team'.

The 'Monty Python' comedian is to join stars of hit 90s series 'Baywatch', including David Hasselhoff and Pamela Anderson, in a big-screen parody but, as the company behind the show is not involved in the making of the film, they won't be allowed to refer to the name 'Baywatch' at all.

Director Chris Cottam said of the conundrum: ''It becomes a running joke. It's a comic device that gets us through a lot of issues.''

The plot of the movie will be that the famous red swimsuit-wearing lifeguards of 'Baywatch' are actually secret agents working for Cleese's character, Victor Van Naught, who has grasped the technological powers required to launch an arsenal of nuclear rockets.

However, with rights issues preventing them from making any mention of the series, Cottam is relying on the self-deprecation of the actors to make it a clear parody.

He told the Independent newspaper: ''There are mentions of rehab and boob jobs and ages and The B-Team is a joke about B-List actors - it's quite refreshing.

''But this was a massive show in the nineties and they are fundamentally good actors who are still well-known today.''

Alexandra Paul - who played Stephanie Holden in 'Baywatch' - said the film, which is being shot in Eastern Europe and Italy, is a chance for stars of the show to have a laugh.

She explained: ''This movie is about taking the piss out of ourselves and going behind that one dimensional image people have of actors they see on TV.''