'Monty Python' star John Cleese says his romantic nature is what convinced him to marry for a fourth time. 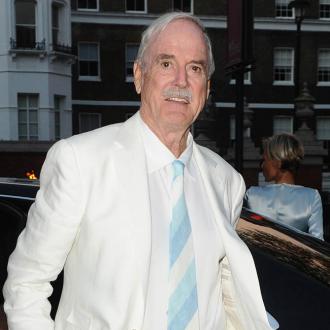 John Cleese got married for a fourth time because he's ''a romantic''.

The 'Monty Python' star tied the knot with current wife Jennifer Wade, 43, in August 2012 and he says their shared sense of humour is what convinced him to do it.

The 75-year-old actor - who was forced to pay his third wife, US psychotherapist Alyce Faye Eichelberger, a substantial divorce settlement in 2008 - reflected: ''I think deep down I'm a romantic.

''As I say God put me on the planet to understand women better so how am I going to do that?

''I'm going to find another one. So I'm now very much in love with Jen - or Fish as they call her because she swims like a fish - and we laugh immoderately and are wonderfully rude to each other.

''People think we're having a row and we're just falling about with laughter.''

John also looked back on his acrimonious split from his ex-wife Alyce, whom he was with from 1992 to 2008.

He told the Sunday Night programme: ''She went after me really quite brutally by hiring the nastiest - and I don't mean the second nastiest or the third nastiest - but the nastiest lawyer in Santa Barbara.

''My wife went and hired this really nasty woman and I had to giver her $20 million. It's not fair.''