John Cleese has married for the fourth time after tying the knot with 41-year-old former model Jennifer Wade in a private villa on the Caribbean island of Mustique. 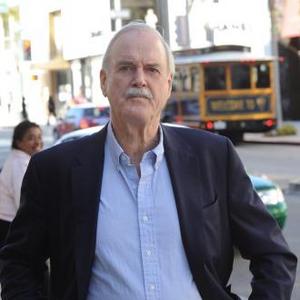 John Cleese has married for the fourth time.

The 72-year-old actor tied the knot with jewellery designer Jennifer Wade, 41, in a private villa on the Caribbean island of Mustique, and John revealed he ''fought back The Tears'' as the happy couple exchanged vows.

He said: ''I knew from the first moment I met her that this could be something very serious. She is an extraordinary one-off.

''I never felt there was anything wrong with the institution of marriage - the only thing wrong was my ability to choose the right person. I couldn't imagine being with anyone other than Jenny now. And with my record, that's a pretty remarkable thing to say.''

The former model - who met John in 2009 after being introduced by mutual friends - was ''overwhelmed'' by the intimate affair and admits the pair already felt like they were married before they said their vows.

She added to HELLO! magazine: ''It was quite overwhelming in a joyful way. We're Kindred spirits. When people see us together, they immediately get it.

''John and I didn't need to get married, but we wanted to. We felt like we were married already. We'll have a party for our friends and family in London early next year.''

John's third wife, Alyce Faye Eichelberger, was awarded 12.2 million when the couple divorced in 2008 after 16 years of marriage.

The actor has two daughters, Cynthia Cleese, 41, from his marriage to Connie, and Camilla Cleese, 28, from his relationship with Barbara.